The patient is a 47 year old woman who complains of a nodule on the buttock growing for the last year and bleeding for the last 2 weeks.  Examination shows a 1.8 cm lesion with variable pigmentation, an irregular border, and a raised ulcerated nodular component measuring approximately 1.0 cm.  An excisional biopsy was performed. 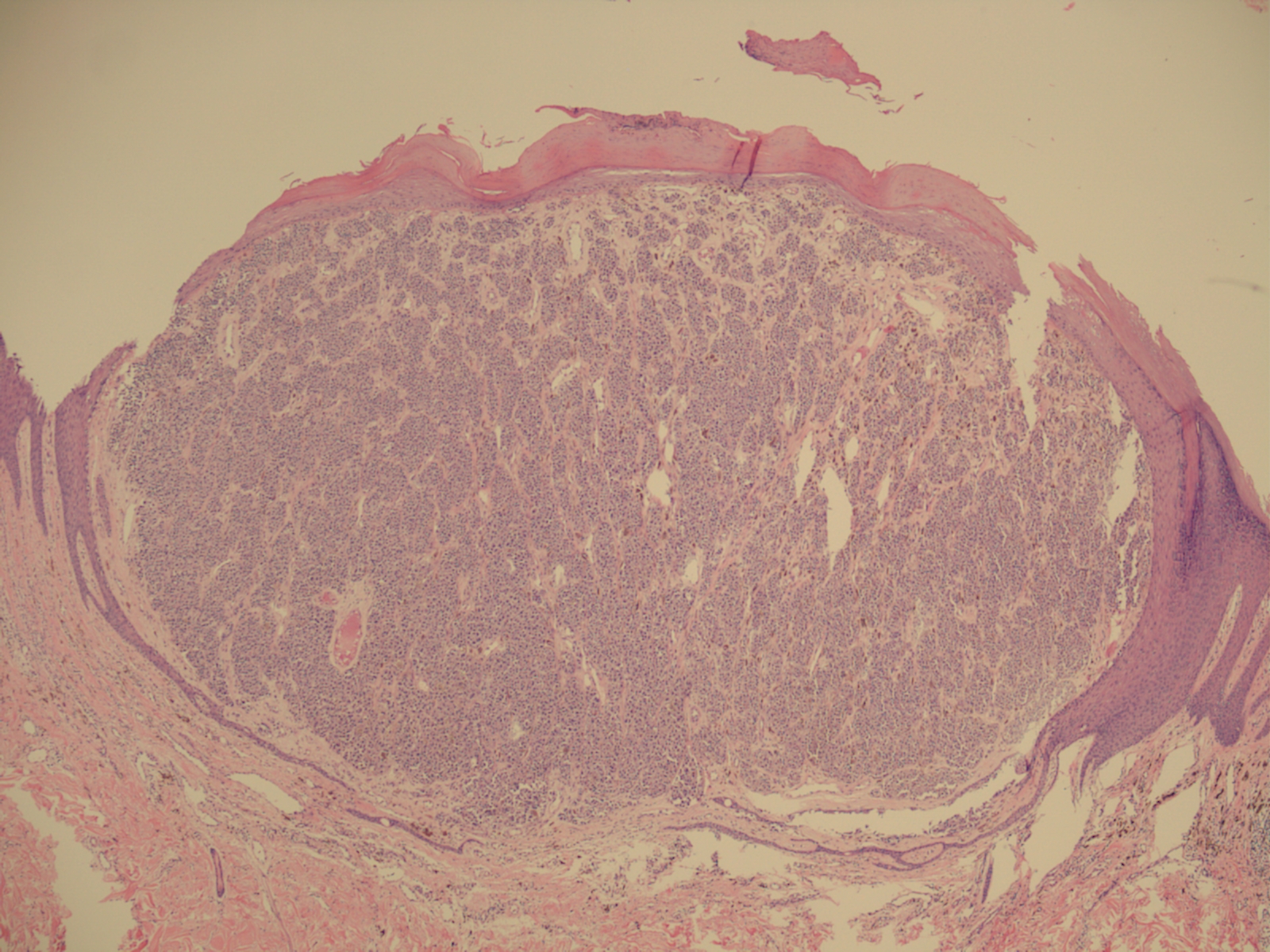 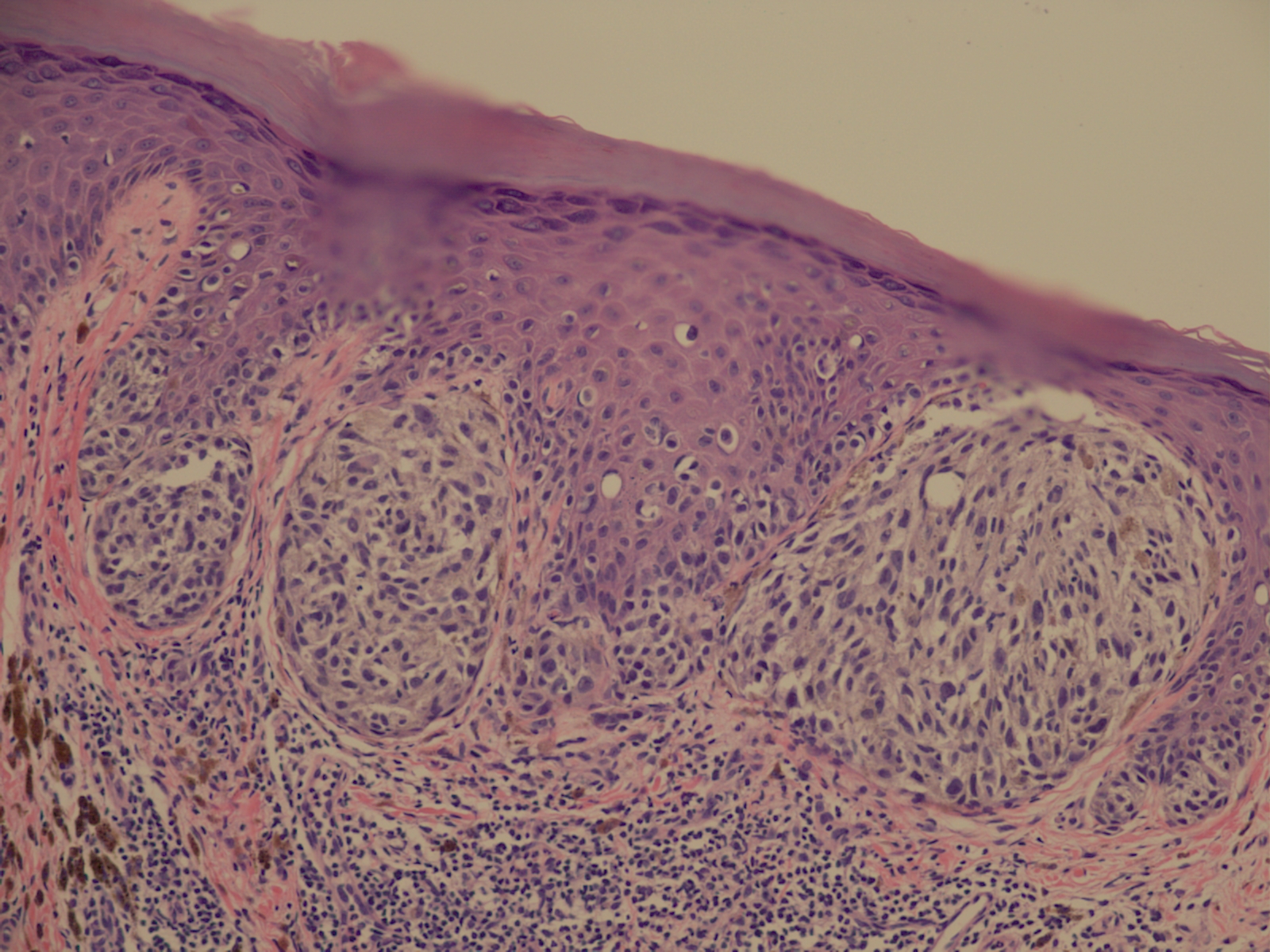 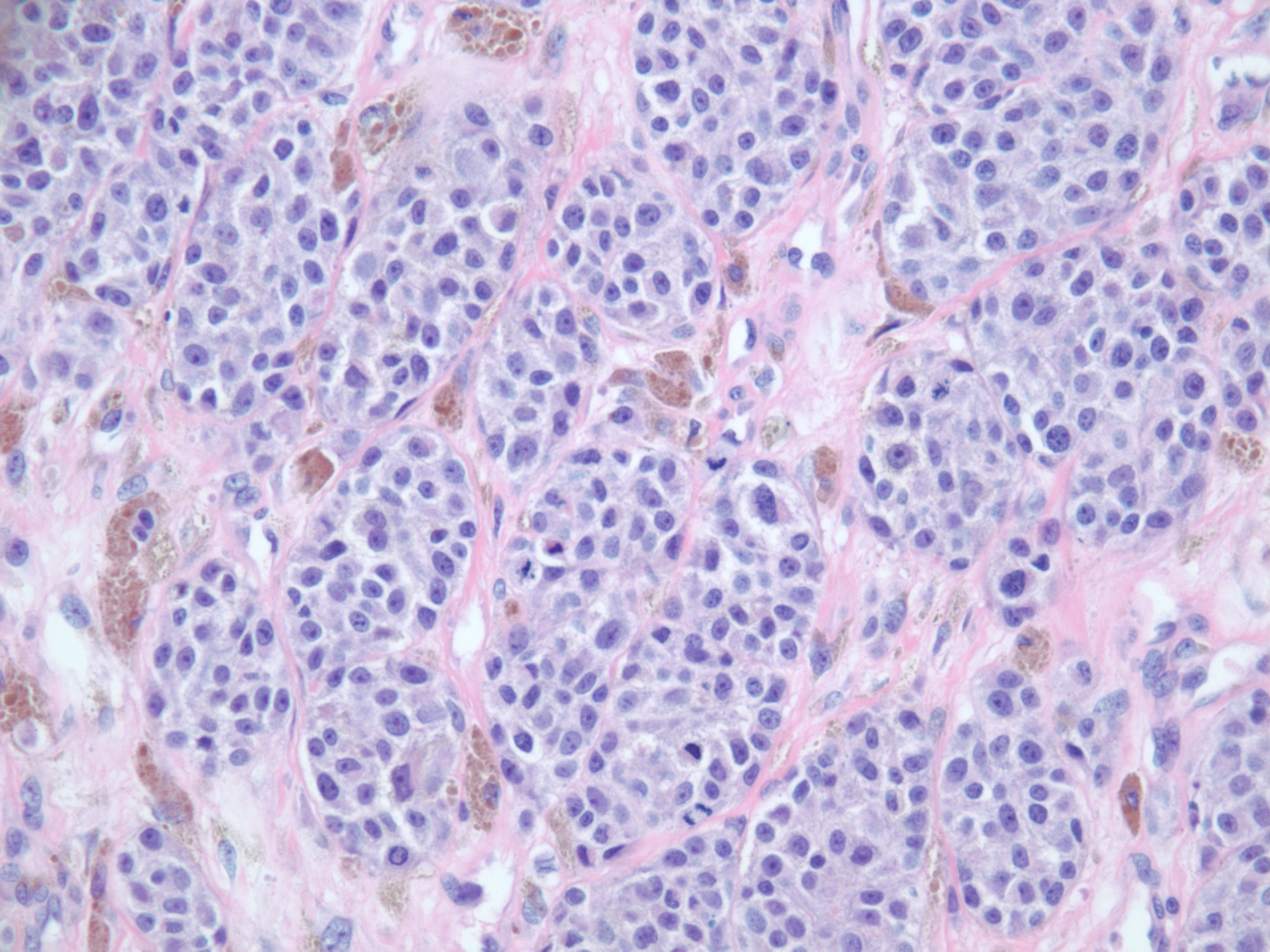 Microscopic Description:  Sections stained with the H&E stain show nests of atypical melanocytes present along the junction and in the dermis.  Pagetoid spread of individual melanocytes is present in the epidermis.  Numerous mitotic figures are visible in the dermal component of the lesion.

Discussion:  The lifetime incidence of melanoma has increased in the USA over the last 50 years from approximately 1 in 600 to >1 in 50 individuals.  Over 123,000 new cases were diagnosesd in 2011 in the USA, the number increasing yearly.  Over 8,790 deaths from melanoma were recorded in the USA in 2011.  Malignant melanoma is the most common form of cancer in patients 25-29 years old and the second most common cancer in patients 15-29 years old.

At the time of diagnosis, the presence of lymph node metastases is the most important clinical piece of prognostic information.  Five year survival is 98% if treated before spreading to lymph nodes but drops to 16% if distant nodes or other metastases are present.  The most important histologic prognostic factor is the thickness of the tumor at the time of diagnosis (Breslow thickness).

References:   Breslow A.  Thickness, cross-sectional areas and depth of invasion in the prognosis of cutaneous melanoma.  Ann Surg1970; 172:902-908.