The patient is a 79 year old female who has multiple asymptomatic erythematous targetoid lesions on the chest, abdomen, and extremities, along with tense bullae. Nikolsky’s sign is negative. 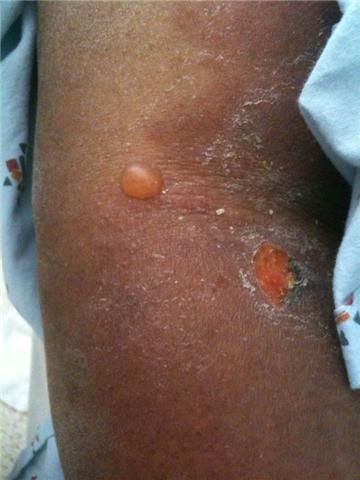 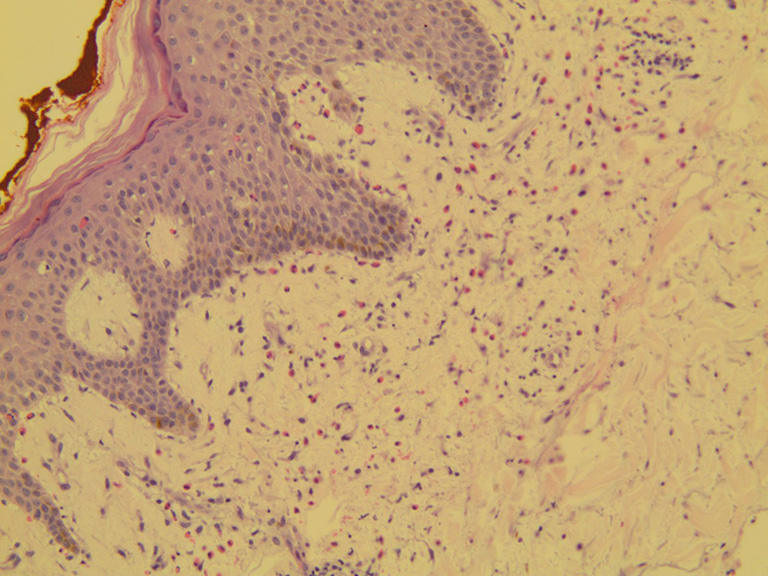 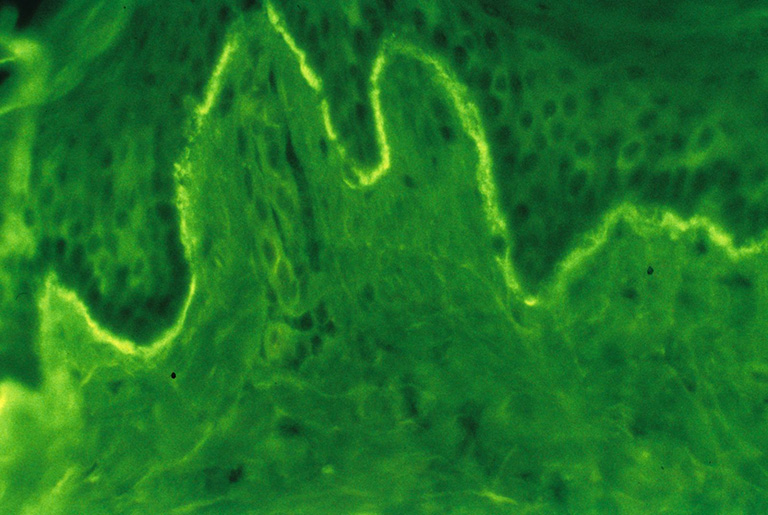 Histology: Sections in this biopsy of peribullous skin did not show a subepidermal split but did show an infiltrate of eosinophils, consistent with the so-called “prebullous phase” of bullous pemphigoid.